In one of my playful personas I am a solitaire, a witch who works alone without a coven. This aspect began to see the light of day in the mid-1970s after I came out as a faggot in Ithaca, NY. 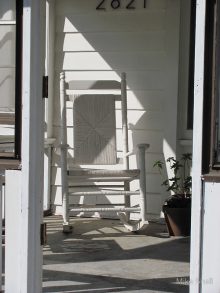 Hop over to my old blog Walhydra’s Porch if you want to get a better sense of what I mean by solitaire—or faggot, for that matter.

Walhydra became a storytelling alter-ego for me in the mid-1990s on the Crone Thread, a listserv of mostly pagan, mostly women elders, folk who understand, revere and emulate the Crone.

Crone is a feminine aspect of the Divine, in the form of a woman past childbearing age, who strives to learn about and teach the terrors and blessings of mortality. She does this by facing those experiences honestly, walking through them with eyes open, breathing deeply, and returning to tell the tale.

The crux of the Walhydra stories is that I’m still coming out as an adult…usually grouching and flailing about or, in my more Walhydra-ish phases, clinging to the underside of the bed frame as Goddess pulls on my legs.

BTW, don’t be confused by the gender-fluidity in these stories. As the About page on the Porch says, Walhydra is a female witch stuck for this incarnation in a sixty-something, gay male would-be writer. 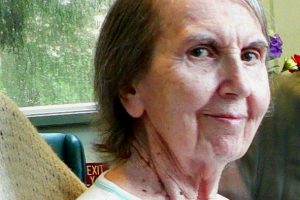 In the latter years of the blog, as I shepherded my own mother toward her death, it became difficult to write with Walhydra’s voice. As she herself said at one point, “How can I writing nothing but sarcastic humor when real life is shutting me down with grief and depression?  It isn’t funny!”

I’ve made several attempts to revisit Walhydra’s Porch since Mom’s death—and that of death of my father almost two years to the day later. I love that grouchy old alter-ego.

Only now does Walhydra seem to be crawling out from under the bed…without being dragged.

Note from the amanuensis: There is a second Walhydra blog called Walhydra’s Back Porch. The posts and stories there are worth reading…with the following caveat:

You know how it is with odds & ends of stuff you collect over the years. You can’t get rid of it, but you don’t really want it in the house or out on the front porch where everyone can see it.

It’s not stuff you’re particularly embarrassed about. Simply stuff you only share with friends who will get the joke and not be annoyed with how tacky or worn out or off color it is.

Read at your own risk.

Autobiographical storytelling is, of course, an ongoing exercise in self-reinvention. These stories are somewhat like a recurring dream which evolves over the years.