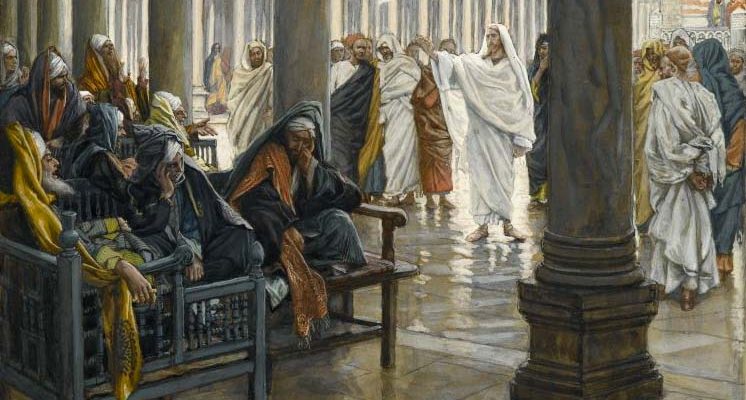 Some fun with words that may go deeper than we usually expect to go in reading the Gospels.

In Mark’s account of Jesus’ Temple teaching, Jesus answers trick questions from the scholars and Pharisees and then responds with one of his own, translated in English as follows (Mark 12: 35-36):

How can the scribes say that the Messiah is the son of David?  David himself, by the Holy Spirit, declared, “The Lord said to my Lord, sit at my right

It astonishes me sometimes—no, often—how every person I get to know—
everyone, regardless of everything, by which

Finding her courage, she dropped out, moved back to her beloved college town

Our notion of insect life cycles
is upside-down.

We watch the adult stage
and mourn.
Such a short life.

But nymphs live for
years. Then

one brief moment for sex
and egg laying.

Introduction: In Part 1, I wrote about growing up oblivious to the “white cultural mindset which is my default setting.”  There is much more to this than most of us realize.

Note: I encourage readers to give full attention to the footnotes.  I have used a reference librarian’s “due diligence” to offer relevant background information throughout this article.

My life began in a liberal 1950s Ohio preacher’s family.  When I was 10, Dad moved us to Boston so he could earn a doctorate “Black people didn’t need saving.
The affluent white communities were the ones living in sin.”

In 2013, James McBride, author of The Color of Water and Song Yet Sung, published The Good Lord Bird, the story of a young boy born a slave who joins John Brown’s antislavery crusade