Only recently have I understood why I became a librarian: I am endlessly curious. 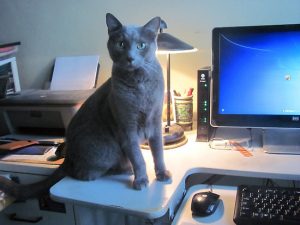 These links are compiled from my old blogs and weeded—as good librarians do—to represent what I still use. Since 2005, I’ve followed most of them using various news aggregators that pull from syndicated RSS feeds.  I’m currently using NewsBlur.

Experimental Theology | Richard Beck
Professor of psychology—blogging on the theology of Johnny Cash, the demonology of Scooby-Doo, & his latest bible class on monsters

The On Being Project | Krista Tippett
Intelligent conversation about religion, meaning, & moral imagination

Postmodern Quaker | George Amoss, Jr.
“Postmodern” as a condition, not a belief system—no longer comfortable within the paradigm of the Age of Reason and the Enlightenment

Code Switch | National Public Radio Code Switch Team
Race & identity, remixed—race, ethnicity & culture, how they play out in our lives & communities, & how all of this is shifting

FactCheck.org | The Annenberg Public Policy Center
A nonpartisan, nonprofit “consumer advocate” for voters that aims to reduce the level of deception & confusion in U.S. politics

Literature Map | gnod, the global network of discovery
Self-adapting system that learns by asking visitors what they like & what they don’t like, & generates cloud-mapping of similar authors

Unshelved | Gene Ambaum & Bill Barnes
Libraries are the backbone of democracy, sacred places for information—but people behave just as badly there as everywhere else