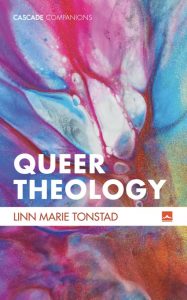 Queer theologies as processes, not products

The key concern for Mark D. Jordan1 in this review is that queer theologies, however they proceed, need to serve a pastoral purpose for humankind, rather than merely an academic one.

He writes of his sadness “recalling overpowering forces that can propel hatred of sexual variation (as of women, of Blackness).”

Though a few divinity schools and congregations pay lip service to diversity in sex and gender, they rarely provide positive formation for nonheterosexual, nonbinary persons. Of course, the same might be said about any sexuality. In the aggregate, churches are still much better at hushing sex than nurturing it.

Jordan grieves at the stalling of such ministry in the churches and in academia, how that ministry gets sidetracked into theological exercises, rather than directly wrestling with the uncertainty of lived theology.

“Queer theology,” he  writes, “cannot be boiled down to argumentative strategies.”  He insists that “theology…is more process than product.”

The word “queer” was rehabilitated by activists, theorists, and then theologians because it was defiantly indefinable. It was chosen to detonate settled assumptions about words.

As Tonstad explains, queer theologians borrowed from queer theory the techniques (but also the limits) of “denaturalization” and “anti-essentialism….”  The first technique wobbles and then pushes over familiar categories for sex and gender. The second blocks attempts to raise up new category-idols.

Queer is—Tonstad quotes David Halperin2—“an identity without an essence,” defined only by the pressure it exerts on sex/gender norms.

I myself remember, as one who came out in the 1970s, the self-affirmation and political energy that publicly calling myself “queer” gave me.  It was a way of reclaiming ownership of my personhood.

For Jordan, trans and gender-fluid people goes even further in overturning conventional language about sexuality.  They ask,

What exactly do you desire when you desire a woman, a man? (Is the object of your desire a genital anatomy, secondary sexual characteristics, culturally determined roles or feelings, current styles of presentation, recycled memories of Mom or Dad?)

And what exactly do you mean when you declare yourself to be a man, a woman? (Is the subject of your desire a genital anatomy…?)

The danger of “identities”

Jordan warns us that “it is hard to follow these perplexities into their depths. It is much easier to fall back into old habits of talking—or flirting.”  We tend to slip back into more comfortable usages, substituting seemingly less problematic terms.  The danger is that these terms then become the new “indispensable categories.”

Remember Tonstad’s use of the David Halperin definition of “queer” as “an identity without an essence”?

As Jordan points out,

Identity is now the category we must use for discussing sex/gender, whether in classrooms or chatrooms. More: we are all expected to possess identities for sex and gender, whether we want them or not. (Terms like “asexual” and “agender” function as identity-labels for those who might otherwise refuse to participate in the game of classification.)

We have trouble remembering that most human beings haven’t known they had sex and gender identities. The terms are surprisingly recent coinages, passing into wide use only after 1970. But since then, English sex-talk within the United States has substituted identities wholesale for what used to be natures, types, physiognomies, or pathologies.

But may a queer theologian still ask what it means to “experience having an identity”? May a theologian suggest other ways to speak the persistence of one’s sense of self?

Writers we would now call queer have been prodigal in language-making, but they have rarely created alone.  Their most remarkable creations rose from engagements with communities and traditions….

The proud declaration of a nonnormative identity brought you into a shared effort to fashion other shapes of life for an uncontainable future.

Popular culture’s tendency to fall back into categorizing and drawing boundaries is exactly what the outlaw version of the term “queer” is meant to reject.

In “Do you know your true face?” (Buddhadharma, Fall 2017), Lama Rod Owens describes how, about a year into his role as a dharma teacher,

To heal, I needed to bring Rod back into center and place him in dialogue with Lama Rod. This approach drastically shifted my teaching style and my role as a teacher; when I regrounded myself in my many identities, I came to embrace that I was teaching from a place of intersectionality.

“Intersectionality” speaks to the reality that we are influenced by any number of identities, all of which are informed further still by our social and political locations. We are not just white or Black or gay or transgendered. We are an expression of a community of identities and influences that may not be apparent to those around us—or even to us.

Lama Rod found a more wholesome way to practice “radical presence,” one which honored his own passions and aspirations while greeting the world with equanimity.

In my daily practice and as I am preparing to offer a dharma talk, I often do a practice of naming my different identity locations and then reflecting on them. (I like the term “location” because it brings awareness to the fact that I have been grounded in certain identities and that I do not move out of them—I firmly occupy them. I have been put in these places; I am conditioned to remain in these places.) 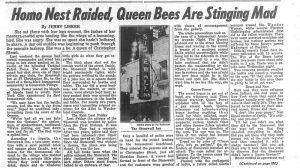 I have become increasingly wary of the whole jargon of “identity” in contemporary culture.

In the early years following the 1969 Stonewall Uprising, it was a heady thing to “identify oneself” openly as gay person, a queer.  In the decades since then, though, I’ve watched as the assertion of “identity” has gone from being a self-affirmation to being an ideological doctrine—even a political weapon.

We have gone all the way from liberation to “cancel culture,” without noticing how that original breath of freedom has become a storm of divisive labeling, counter-labeling, name-calling, and culture war.

I want to throw away labels.  I no longer call myself a “Christian.”  I am a follower of Yeshua/Jesus.  I no longer speak of “Quakerism.”  I am a practitioner of the “Quaker way,” one of many worthy spiritual disciplines.  I am not in a “same-sex marriage.”  I am in a religious (and legal) union with my husband.

I may still call myself “queer” for the sake that first breath of freedom, but I can barely resist laughing out loud at the current alphabet soup of gender and sexuality acronyms (LGBTQQFX, that is, “LGBT, Queer, Questioning, Friends, and X = anyone else we left out”).

Not laughing to give offense, but longing for a return to what being “queer” means to me.  “Defiantly indefinable…, [choosing] to detonate settled assumptions about words.”

Image: “Homo Nest Raided, Queen Bees Are Stinging Mad,” July 6, 1969, Daily News article about the June 28th police raid on the Stonewall Inn.  The New York Daily News acknowledged the wrongfulness of its coverage in “Gay rights & our wrongs: The Stonewall Inn should be a landmark — and the Daily News‘ treatment of the uprising must be remembered” (5/8/2016).

The horrible cost of the peace testimony

2 comments On Identities or intersectionalities – Mark Jordan’s review of Queer Theology: Beyond Apologetics