“Black people didn’t need saving.
The affluent white communities were the ones living in sin.”

In 2013, James McBride, author of The Color of Water and Song Yet Sung, published The Good Lord Bird, the story of a young boy born a slave who joins John Brown’s antislavery crusade and must pass as a girl to survive.  The New York Times2 wrote: 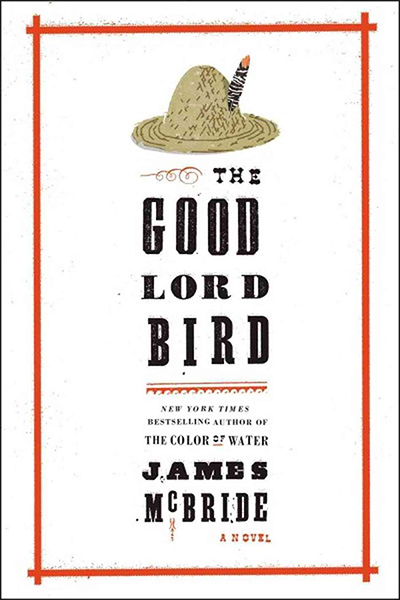 Henry Shackleford is a young slave living in the Kansas Territory in 1857, when the region is a battleground between anti- and pro-slavery forces.

When John Brown, the legendary abolitionist, arrives in the area, an argument between Brown and Henry’s master quickly turns violent. Henry is forced to leave town—with Brown, who believes he’s a girl.

Over the ensuing months, Henry—whom Brown nicknames Little Onion—conceals his true identity as he struggles to stay alive. Eventually Little Onion finds himself with Brown at the historic raid on Harpers Ferry in 1859—one of the great catalysts for the Civil War.

Theater critic John Lahr recently published “The Shape-Shifter,” an in-depth New Yorker profile of Ethan Hawke. Hawke wrote the 2020 a seven-part Showtime series “The Good Lord Bird” in consultation with McBride, and he played the role of John Brown.  He had learned of McBride’s book in 2015 while working on Antoine Fuqua’s remake of “The Magnificent Seven.”  As Lahr writes,

Hawke played a Confederate soldier who didn’t want to fight anymore. In the scene he was shooting that day, a U.S. marshal…would say, “The war is over,” and Hawke’s character would reply, “It’s never over. It just keeps going on and on.”

As Hawke ran through the scene in his mind [while driving to the set], his car radio broadcast news of a legislative battle in South Carolina over the right to fly the Confederate flag in front of the statehouse. It struck him that the Civil War was, indeed, not over….

One of directors of photography suggested Hawke read the book, which he did on the set and

couldn’t stop laughing. The picaresque saga, which is told more in the style of Redd Foxx than of Toni Morrison, addresses the barbarism of slavery through the faux-naïf eyes of Little Onion…. McBride’s impish tone is as incendiary – as his subject, precisely because the humor highlights the surreal horror of slavery and the courage needed to survive it.

Here is a Black American novelist writing about the nation’s greatest wound in an irreverent way that is “very dangerous in the current atmosphere,” Hawke said. On the other hand, he went on, “if you’re trying to teach people, or yell at them, you rarely change their mind. Humor can really effect change—it’s the greatest illuminator.”

“There is a mistaken idea that he was trying to save Black folks,” Hawke told me. “He was trying to save us. Seen through the eyes of a serious Christian, Black people didn’t need saving. The affluent white communities were the ones living in sin. Harper Ferry was the great American trumpet sound.”

He went on, “If people said, ‘Don’t you feel bad you got your own sons killed?,’ he’d say, ‘Someday, this country will be ashamed of slavery, and I’ll never be ashamed of my boys.’ I just loved that. I found it very inspiring. I don’t know how to wrestle with the violence of it, because I’m not a violent person. But I admire his ethics and his ferocity.”

He added, “John Brown’s a lightning rod. He forces the question of violence versus nonviolence, like Malcolm X. That’s why we avoid talking about him. He fans the flames of white guilt.”

“There was something hard about the pandemic happening right after I completed this role,” [Hawke] said. “I couldn’t move on. The more I learned about John Brown, the more I enjoyed talking to him in my head.’’

The uprisings across the country in the wake of George Floyd’s death made it easy for Hawke to keep talking to Brown. “I can hear him cheering those protesters on,” he said. “He would not have been as gentle as they have been.”

Author’s note: I have not yet read McBride’s book or watched the miniseries.  That means I don’t know whether Hawke’s film portrayal3 of the John Brown story overshadows the novel’s Black protagonist and narrator, Henry Shackleford.

Johnny Brayson tells us a bit about Onion’s role in his Bustle article, “Onion On The Good Lord Bird Isn’t A Real Person, But He Serves A Very Real Purpose” (10/4/2020):

Onion…isn’t based on a real person, though his surroundings are steeped in history….

The story is told from his point of view as an old man looking back on his travels with Brown as a child as he encounters several important moments and figures in the lead-up to the American Civil War.4 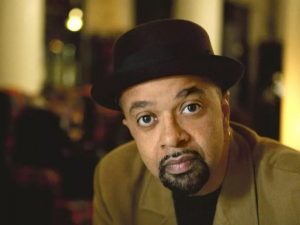 And here are McBride’s own words about Henry Shackleford5 in a 2013 National Public Radio interview:

“I love the language of, you know, the old, black, country man with a blues guitar and … boots and the quick banter. … I just love that voice and I wanted this character to be an old man looking back on his life and then telling a, just a grand whopper.”

On the decision to have Henry mistaken for a girl

“I really had to put him in a situation where I could also kind of work with identity, which powers stories. And so it seemed fitting that he would be a black boy mistaken to be a black girl at a time when black life was not valued with the same equality that white life was valued. …

“And also [I wanted] to communicate the overwhelming moral power and courage and drive of John Brown to release blacks from slavery whether they wanted to be released or not. Just the force of the man to just push into this tavern, get into a gunfight, grab this kid, run off not paying attention to whether the kid is a boy or a girl, because his charge is to free all African-Americans. And because he’s wearing these blinders, if you will, he just doesn’t see things that he should see.”

2 comments On Ethan Hawke on John Brown and white guilt