In “We Are All Called to Be ‘Heroes’,” Elam D. Jones explains why he is wary of the popular pandemic practice of calling essential workers “heroes.”

I have come to understand that the label “hero” and how it has been employed in the United States to refer to essential workers not only generates complicated and ambiguous feelings that are more often burdensome than uplifting for those being honored, but it also greatly reduces the ability of all Americans to more equitably assume shares of a rightly common load. (19) 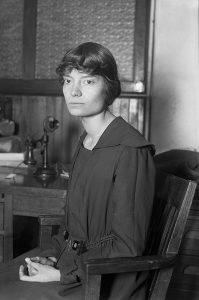 For historical comparison, he tells us about Dorothy Day (1897-1980), co-founder in 1933 of the Catholic Worker Movement, a collection of autonomous communities of Catholics and their associates who work to feed, house, and advocate for those on the margins of society. In 2012, the United States Conference of Catholic Bishops took the first steps toward declaring Day a saint by naming her a “Servant of God.” However, Day

gave every indication in her well-documented life of activism and true service to her community that she did not want to be named a saint. As many in the Catholic Worker movement have asserted, the mere act of naming Day in a manner that sacralizes or sets her apart from others is a deliberate contradiction to Day’s core values and concerns. (20)

Jones explores two broad questions. The first is: Why would anyone want to call someone “hero” in a way that sacralizes and sets them apart from most others?

The Catholic Church uses the designation Servant of God to honor “extraordinary virtuous actions with readiness and over a period of time…with ease, while faith, hope, and charity are practiced to an eminent degree.”1

Similarly, calling essential workers heroes provides an easy public method “to acknowledge and applaud the extraordinary efforts of those shouldering a disproportionate share of the risks and worries. This is an undoubtedly kind, well-meaning, and often warmly welcomed gesture.” (20)

The second question is much more challenging: Why would anyone not want to be named in a way that sacralizes and sets them apart from most others? Jones observes that the public’s belief that calling people “heroes” is sufficient in itself contrasts with the more complicated, ambiguous feelings that “hero” creates for essential workers. He suggests three reasons.

The first is simply that by normal standards they don’t consider themselves to be heroic. Dorothy Day always celebrated the “ordinariness and messiness of human life,” and she shared with the today’s pandemic truck drivers and nurses a discomfort at being set apart as different from “normal” people.

There is a great misconception about so-called essential workers. They are admired and idealized for perceived and presumed characteristics “that can be easy to buy into but difficult, if not impossible, to live up to.” (20) This misconception can be very burdensome for workers.

It can prevent “essential” workers from honestly presenting themselves as feeling tired, sad, scared, unenthusiastic, angry, annoyed, or even resentful about having to face a heightened risk of infection on the job, especially if they are receiving waves of increased attention and praise for doing what, in many respects, amounts to the same work that they did before the pandemic. (21) [emphasis added]

The second reason for resisting the title “hero” is that “it over-celebrates the ordinary and…makes special what should be considered unexceptional.” (21) Dorothy Day argued that all people are “called to be saints . . . [in] the priesthood of the laity.” She would never want the commonplace work of “recycling food from the dumpster, sleeping on a stinky prison cell floor, and getting to mass every afternoon to be dismissed as being only for special people.”2

Jones argues that the “heroes” designation creates physical and social distance between essential workers and “normal” people. It lets those others avoid the responsibility of sustaining real human relationships with workers.

Most critically, this distance and misconception

frequently lets others off the hook for not treating people decently and equitably in real, day-to-day material ways—denying workers hazard pay and vacation, and demanding rent without consideration for increased economic strain, to note just a couple….

It simply allows those who are serving in nonessential roles…to avoid grappling with the disproportionality of their reduced risk of infection. As these potentially trivializing characterizations separate essential workers from the everyday world in which they live so fully, people are gradually enabled to dismiss the courageous, exceptional, and honorable few who were given less advantageous odds. (21) 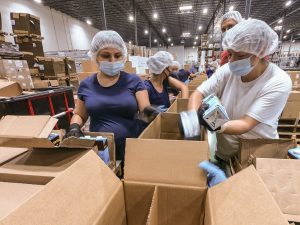 This last points to the third reason for not accepting the “heroes” title, as expressed clearly by Dorothy Day in her rejection of sainthood. “I don’t want to be dismissed that easily.”

When essential workers are dismissed as being people of heroic…, it greatly reduces the country’s ability to care and for all people to more equitably assume shares of a rightly common load.

If deference takes the place of true engagement…, and if this mechanism is left unchallenged, calling essential workers heroes may very well undermine even the best intentions to appreciate and be of support to them.

What essential workers need is for each and every one of us to consider in what ways we can support and be essential to one another during this time, and how we can stand with these workers, rather than standing apart and cheering them. (21)

We would do better to involve ourselves directly in the lives of those who continue to work during the pandemic by making serious, sustained commitments to them for the sorts of protection, social allowances, and care that would minimize their physical, psychological, and economic sacrifices.

As Jones concludes, “the best way to thank essential workers is to honor our common humanity.” (21)

Elam D. Jones, MDiv ’19, is a PhD student in the Committee on the Study of Religion at Harvard University, with research interests in the intersections of conflict, memory, public space, law, and the religious themes guiding symbolic representation. He also holds a BA from DePaul University.