“Faith and practice” versus “membership”

I think modern Quakers and people of other religions have a lot of confusion about what “membership” means.

I am a “convinced Friend” because in my faith and practice I choose to follow the Quaker way of worship, decision-making, and witness in the world.

By analogy, one can be a Muslim or a Jew or a Christian, whether or not one “belongs” to a particular mosque or synagogue or church.

My faith and practice is the Quaker way. My membership (at the moment) is with Gainesville Monthly Meeting of the Religious Society of Friends.

A few years back I stopped using the term “Quakerism” and started saying “the Quaker way.” Similarly, the Christian or Buddhist or Islamic or Jewish “way,” instead of the -ISMs. This language affirms that there are many effective spiritual disciplines.

My near-term inspiration for this wording is British Quaker Rex Ambler’s excellent book, The Quaker Way: A Rediscovery.

A much deeper inspiration is a book that has been pivotal in my spiritual evolution: James P. Carse, The Religious Argument Against Belief. 1 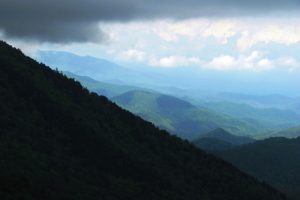 “Belief systems” are artificial conceptual constructs. They define and insist on boundaries and on labeling who is “in” and who is “out.”

“Religions,” by contrast, are organic communities of people, transcending time and space, who are drawn together [Latin re– + legio] by a shared experience of spiritual reality.

Religions reject illusory boundaries. They look, instead, toward horizons, which continue to expand forever as they are approached.

Loneliness means not wanting to be with oneself

7 comments On “Faith and practice” versus “membership”