Walhydra likes to believe that her nostalgia is not as tacky and self-deceptive as some people’s.

She thinks back on her youth—sometime in another century—as a time when she and her peers were profoundly affected by the liberation movements and communal aspirations of their era. Not to mention their discovery of sex…and those other two things.

This present Calvinist age mixes sensationalizing with trivializing of that earlier time, in order to sneer at the heartfelt cries of its children. Walhydra, middleclass, professional, aging hippie that she is, knows something different.

Last night, after an especially satisfying day of work and a similarly rewarding Taoist Tai Chi class, Walhydra was standing in the parking lot, talking to hubby Jim on her cell phone.

“We”ve just finished. How ’bout joining me at Tenbuck’s?” 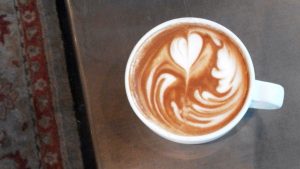 Though she knows it’s not really this simple, Walhydra tends to divide the world into bar people and coffeehouse people.

Having joined the latter camp in high school, she now recognizes coffeehouse life as part of how she stays young. Well, ageless, at least.

There is a constant stream of ages and of ethnic and social class varieties coming through the door—especially in the Tenbuck’s of this city’s bohemian Five Points area. More to the point, the twenty-something baristas are the same folks, several generations on, that Walhydra hung out with in college.

Walhydra loves to watch hubby Jim, now Doctor Doctor Jim, professor of statistics, teasing and chatting with youngsters the age of his own undergrad students. When she’s not busy studying or writing, Walhydra joins in the bemused, leftish political head-shaking.

Now, Walhydra acknowledges a mild case of “homosexual arrested development.” But she doesn’t mean what the neo-Calvinist, neo-Freudian psychiatrists of the mid-20th century meant.

She means that the homophobia of her era kept her from experimenting with and maturing into gay sexuality while she was still a teenager—when all her straight peers got to do their version. Walhydra had to learn about teen-lust-disguised-as-love in her mid-twenties.

So…even though she’s already their grandparents’ age, she still watches—with a sober, aesthetic regret—the sort of boys she couldn’t play with back then. It’s not pederasty. Just appreciation—and, yes, nostalgia.

She smiles at hubby Jim, life mate of over twenty years, all the while envying this newer tribe of gay, straight and “other” kids, for whom the closet ended almost as soon as puberty hit. 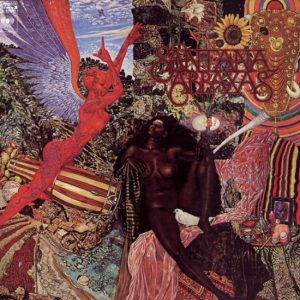 She tries to explain to JimJim the viscerally aesthetic experience of riding the remembered guitar riff of a master. “It’s like…being the strings themselves…,” she attempts, ineffectually.

Hubby Jim has a way of rolling his eyes indulgently, without appearing to do so. He knows the opening of a rant when he hears one.

“It gets me how now days they do such a superficial, we’re-so-much-more-realistic portrayal of Those Years!” Walhydra says. “And all these acquisitive teens and yuppies—yes, I know that’s an old term!—with their MySpace and MyHummer and MyGrande-Lowfat-Splenda-Caramel-Cask-of-Amantilladicino!”

She huddles over her plain doppio espresso in the “for here” ceramic cup.

“But it was real!” she insists to hubby Jim, who knows it was.

“The genuine, deep, religious connection at those rock concerts! No flashpots, mobile mics, video screens or lip-synching. Just the longing for real community!”

As she pauses, they both hear with horror the opening lines of a very different song:

No, I can’t forget the evening
Or your face as your were leaving….

“Quick,” says Walhydra. “Let’s get out here before he reaches that awful chorus!”

They grab up books and papers and jackets and head for the door.

Outside on the patio, their young, off-duty barista friends are gathered round with their own beautiful, multiracial crowd, joking together and playing with a disposable digital camera.

Walhydra nods to one of the boys she knows. “Watch out,” she warns, nodding toward the outdoor speakers. “He’s getting to the chorus!” She sees that the other youngsters are glancing at each other, having recognized the song.

As she steps off the curb, Walhydra turns to them and grins stupidly. “Now, everybody do a Pepsi commercial.” 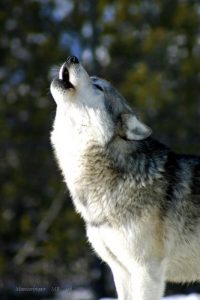 Whether or not they’ve heard her, they move together spontaneously and fling out their arms at just the right moment, singing along in falsetto with Harry Nilsson:

The camera flashes accidentally and the girls giggle.

Walhydra gets a warm glow. They do remember!

This story was originally published on Walhydra’s Porch in 2006. Walhydra is, of course, my grouchy old crone storytelling persona, annoyed that for this incarnation she has come back as a gay male, would-be writer.

The album cover features the 1961 painting Annunciation by German-French painter Mati Klarwein. Santana had “just discovered that music and color are food for the soul.” When he saw this painting, it captured the spirit of what he was doing with his music (see “Santana’s ‘Abraxas’,” on the Groovy History website (4/6/2019).

For more on the historical impact of this song, see “Santana On ‘Black Magic Woman,’ A Pioneering Cultural Mashup” by Felix Contreras, NPR’s Morning Edition (5/9/2016).