I began reading William Stringfellow’s An Ethic for Christians and Other Aliens in a Strange Land (1973) because, in the midst of our 21st century American horror story, I remembered how profoundly he changed my adolescent view of the world during “Race, War, and Poverty,” the Lutheran Youth Expo (now called ELCA Youth Gathering) at Lenoire Rhyne College in August of 1968.

My senior year of high school in Columbia, SC, had climaxed, not with graduation, but with the assassination of Rev. Martin Luther King, Jr.  Bernard R., one of my best friends, led the Black moderates in the school.  We pro-Black white kids had to rally behind Bernard against the school principal, who wanted to punish him for calling an after-hours, off-campus meeting of Black students in order to advocate for non-violent response to the murder.

Stringfellow’s lectures and workshops that summer gave me the core of a radical Christian critique of America which has stayed with me ever since.

Excerpts from An Ethic for Christians and Other Aliens in a Strange Land (1973).

Stringfellow begins the section “The Demoralization of America” with an indictment of those in power:

Immediately, however, he expands the focus of his indictment.

Notice, please, that the penury, in a moral sense, which beleaguers so severely Americans of privilege, affluence, power or similar vested interest in the inherited and established order…is not the same concern as imputing malignity to the middle classes or the middle-aged or the whites or the institutional hierarchies or those in political office….

Conceding a maximum efficacy to human wickedness comes nowhere near accounting for America’s moral crisis…. Americans might have been enlightened about their present moral situation, corporately and individually, had they been more biblically intelligent. (29)

Our ills, Stringfellow writes, are due to the pervasiveness of “moral impoverishment,” a concept reminiscent of the Hannah Arendt’s description of the “banality of evil” in Nazi Germany. 1

I mean by “moral impoverishment” what the Bible often cites as “hardness of the heart” or as the impairment or loss of moral discernment…. I refer…not so much to an evil mind as to a paralyzed conscience; not so much to either personal or corporate immorality as to a social pathology possessing persons and institutions; not so much to malevolence, however incarnate, as to the literal demoralization of human life in society.

who have become captive and immobilized as human beings by their habitual obeisance to institutions or other principalities as idols. These are persons who have become so entrapped in tradition, or, often, mere routine, who are so fascinated by institutional machinations, who are so much in bondage to the cause of preserving the principality oblivious to the consequences and costs either for other human beings or themselves that they have been thwarted in their moral development. Deprived of moral insight, they are impaired in the elemental capacity which distinguishes humans from other creatures. (30)

Stringfellow gives as examples those who

have denounced reason and conscience by naming each escalation and reescalation of war a way to quicken peace; or those who mention the ecological crisis but advocate…unrestricted expansion of the very elements of the American economy which have been proved to be most harmful to life; or those who nominally praise the rule of law but dishonor the Bill of Rights amendments by authorizing the defamation and repression of citizens who dare utilize their constitutional rights. (30) 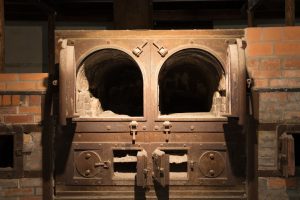 With the broadest brush, though, Stringfellow paints all of us with the same indictment.

However many evil men hold places in the American establishment, they are far, far outnumbered…by those bereft of conscience [who work for them]. And if the moral problem…is not so much wicked men as morally retarded men, then think of the cruel and somber daily existence of the multitudes of automatons of lower status and lesser privilege. They do not even have an illusion of power….

For these folk…, “the silent majority,” the American institutional and ideological ethos incubates a profound apathy toward human life as such. For them, the American experience induces a fearful obstinance toward their own most elementary self-interest as human beings, not to mention an inbred indifference to human freedom…. Somehow, the American bourgeoisie are nurtured and conformed in a manner that results in a strange and terrible quitting as human beings.

For these Americans, I suggest it is not so much that they are duped by official deceit or brainwashed by official falsehood…as that they have been stupefied as human beings, individually and as a class of persons, and thus relieved of moral sanity….

How else…can the continued manipulation of white racism among the American majority classes—as in the elaborate charade about school busing or in the Presidential assault upon welfare recipients—be understood?

From such a reign of death—as Saint Paul would have named it—there are by now only such apparent respites or escapes as commercial sports and entertainments…, [or] heavily staged appearances of the President, the anxious diversions occasioned by inflation and indebtedness, and a place in the audience at officially contrived and sanctioned persecutions of those citizens who are still not conformed. (31)

Stringfellow ends this section with a challenge:

[One] can discern and identify maturity, conscience, and, paradoxically, freedom in human beings only among those who are in conflict with the established order—those who are opponents of the status quo, those in rebellion against the system, those who are prisoners, resisters, fugitives, and victims. (31)

See “The Banality of Evil: Hannah Arendt on the Normalization of Human Wickedness and Our Only Effective Antidote to It,” by Maria Popova in Brain Pickings (2/7/2017).

A decade after Arendt established herself as a formidable thinker with her incisive inquiry into how totalitarian tyrants take hold of a people, she writes: “The essence of totalitarian government, and perhaps the nature of every bureaucracy, is to make functionaries and mere cogs in the administrative machinery out of men, and thus to dehumanize them.”

It is through this lens of bureaucracy (which she calls “the rule of Nobody”) as a weapon of totalitarianism that Arendt arrives at her notion of “the banality of evil” — a banality reflected in Eichmann himself, who embodied “the dilemma between the unspeakable horror of the deeds and the undeniable ludicrousness of the man who perpetrated them.”

2 comments On William Stringfellow, Part 3: “The Demoralization of America”