Vivian Gornick has observed a wide-spread phenomenon in the midst of the pandemic: “Loners who sped into public service faster than altruism could explain. These were people who trusted no one, joined nothing, signed nothing; yet here they were making masks, checking on neighbors, bagging groceries.”

As she delves into this mystery, she present us with telling examples.

Italian writer Natalia Ginzburg survived a dysfunctional family by developing a “stony-faced” (her word) hauteur that made herself and others seem unreal to her, until “she became sealed into an emotional anomie that hardened with the years.”

Then in 1943, after the fall of Mussolini, her anti-fascist husband Leone Ginzburg was arrested by German police, tortured, and killed.  As Gornick writes:

Life shocked her into an experience she could never have imagined. Suddenly, she felt stifled inside the separateness from others she had valued all these years. No longer a protection, this deep withdrawal of hers now seemed dangerous: a threat to her own survival.

Somehow…she must begin to feel connected, or at least to act as though she felt connected. She must teach herself—now!—to mimic the look and feel of unthinking, everyday comradeship.

From then on, she writes, “we could look at our neighbor with a gaze that would always be just and free, not the timid or contemptuous gaze of someone who whenever he is with his neighbor always asks himself if he is his master or his servant.”

Israeli women who were young during the War of Independence1 reminded Gornick of Ginzburg’s wartime transformation. They had lived through every Arab-Israeli conflict since and become toughened into emotional withdrawal by a “bullying fear of tenderness.” 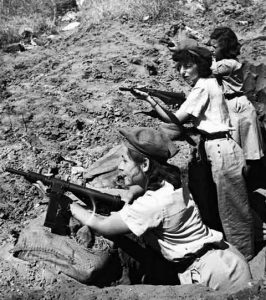 Then, one day, there was a war alert. When the tanks began to roll, the most remarkable change came over these women. In no time they were all out in the street, pressing packages of food and books and clothes on the soldiers passing by in armored vehicles.

What astonished me was the gratitude in their eyes. They were unmistakably grateful for the mayhem to come, grateful that it was allowing them to forget the burden of their own defended selves, grateful to be entering into the only circumstance that could dissolve the inner emptiness: the ever-enlivening fellowship of suffering.

Elizabeth Cady Stanton spent fifty years in public life, always in the midst of crowds seeking suffrage for women. Yet her final public speech was called “Solitude of Self”: 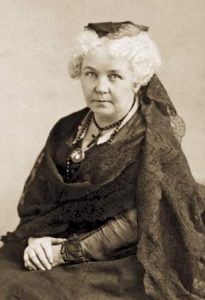 She had come to realize that all human beings are sealed into an essential aloneness from which there is no escape…, that perhaps the aloneness is innate.

However close people are to one another—family, friends, lovers—there is a level of confession to which none descends; it is the level at which the fear of humiliation is paramount.

To the greatest degree our solitude is self-created, locked as we are from birth into a psychology of shame.

Precisely because we are such damaged creatures, the chance to fight those external forces that contribute to the forlornness of our natural state is incredibly marvelous.

Stanton did not think that suffrage would eliminate the ingrown solitariness—but she did think that our engagement with the Cause, whatever it might be, would let everyone (even those drowning in anomie) grow a self strong enough and independent enough to do battle with life’s irreducible starkness.

So many of us who have sat on the sidelines, tormented by the horrors we are witnessing, now feel compelled to do something.

And that something needs to be in the flesh.  Not just political action or demonstrations, but risky, self-exposing engagement with other human beings—beyond our masks yet within hands’ reach.