It’s about us, not the police

If we are concerned about use of force by the police, then we need to shine the light on the depths of our own brutality, brutality that we have projected onto them over the past century or so.

As America has become urbanized, we have handed over more and more responsibility for maintaining civil society to the “rule of law” and the “arm of the law.” Increasingly, instead of doing the personal work of neighbors and community, we have come to expect government to keep us safe and comfortable.  We have abdicated to the state the charge of dealing with what we call now “social ills.” 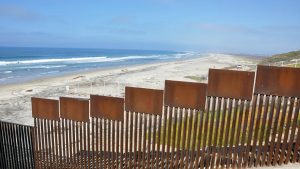 Yet the state can only “deal” via its laws and their enforcers.  Hence, every ill becomes a legal problem, and every situation becomes defined in terms of criminalization.  As a people, we deny responsibility for effective intervention in the systemic failures that so grotesquely distort fair access to basic needs, livelihood, and well-being.  Though we may long to remedy the “ills” that trouble us, we want “government” or “society” to bear the risks and the costs.

We complain about but don’t remedy educational failure, economic disruption, unsustainable healthcare, climate change, ethnic, racial, religious, and political controversy, and so on.  Instead of addressing root causes, we wait for situations to become unavoidable problems and then “call in the law.”

No longer does the dominant American culture hold personal responsibility as undergirding everything else about communal life.

During my years as a senior librarian, I was on regular rotation as “Person in Charge” at the downtown branch of our county’s public library system.  If line staff felt they could not handle a situation or it was beyond their ability to do so, I would be called in to discern a solution.

By policy, every staff person actually had the authority to interpret and apply library policies in a given situation.  However, that authority seemed daunting to many of my colleagues.  It was daunting to me as well.  I habitually avoid conflict and cling to what I jokingly call the Quaker “niceness testimony”: keep disagreements to yourself in public and complain privately.

I’ve learned, though, that the only authentic power anyone has comes from within, from how one approaches each person with integrity and vulnerability, how one addresses each situation with an eye to the healing truth rather than to ones own sense of security.

One Saturday I was called to the circulation desk to deal with an angry homeless customer who was escalating her demand for a library card, even though she did not yet have the homeless shelter residence letter required by policy.  I took her aside so that we could talk quietly away from the staff with whom she was angry.  Then I let her retell her whole story, not questioning her emotions but waiting to hear her core concern.

It turned out that this customer had a job offer if she would complete the employer’s online application and test.  By policy we charged non-cardholders for internet access; however, every staff person had discretion to provide a free one-day computer pass.

“I can give you a free pass for today,” I said, “so you can do your application and test.  Come back Monday with your letter.  Then we can give you a library card that will let you use the computers any time you want to.”

We human beings are so afraid to use personal authority.

We shy away from uncomfortable or unsafe interpersonal situations because we don’t want to risk the hurt or anger or violence we might face.  Instead of offering the open, vulnerable heart of person-to-person need and remedy, we want the illusion of impersonal protection from “higher powers.”

There is no guarantee of safety in such a heart.  However, there is boundless possibility and, in the least, there is shared humanity.

The BBC’s Valeria Perasso is on the US border, exploring the journey that Mexican deportees take as they pass through a set of metal doors in the security fence, back to their home country.

1. At its best, “the rule of law” is a durable system of laws, institutions, norms, and community commitment” that delivers government accountability, just laws, open government, and accessible justice. (World Justice Project)

In practice, the “rule of law” is often used by those with money and power as a means to exploit the state’s threat of violence for their own purposes.

2. Again, at its best, “the arm of the law” simply refers to “the power of the police and legal system, used for saying that they will usually catch people who commit a crime.” (Macmillan Dictionary)

In practice, the “arm of the law” tends to become the threat of state-sponsored violence against those it chooses to criminalize for economic, political, religious, or other reasons defined by the dominant culture.

3. The very term “social ills” connotes disease or disorder (i.e., blame) on the part of those perceived as “the problem.”

The personal, not the political

4 comments On It’s about us, not the police