Introductions: Mom died with Alzheimer’s in 2011. In Fall of 2009, we had moved her from assisted living to skilled nursing due to fall risk and escape seeking. “Howling,” from my blog Walhydra’s Porch on 11/9/2009, tells of our last coherent conversation about death.

Walhydra is one of my storytelling alter-egos: a grouchy old witch unhappily reincarnated as a gay male would-be writer.

When things with Mom got so tough that I could no long write in Walhydra’s voice, I discovered another alter-ego, Crippled Wolf. He was able to practice “ruthless compassion,” which he once described this way:

There are times when caring for people means maneuvering them to get on with business. There are situations—whole periods of life—when what is happening is too fraught with mortal consequence for us to nurse feelings. Feelings are information. Acknowledge the information, then act.

Crippled Wolf is sitting with his mother on a tree-shaded deck, beside the large pond behind the skilled nursing care center to which he moved her three weeks ago.

A fountain sprays in the middle of the pond, and three large white Chinese geese float nearby, watching intently for handouts.

This is not a scene Crippled Wolf had ever wanted to play. No one ever wants it.

“Part of my problem,” he tells himself, “is that I’ve been reading scenes like this almost since I started reading on my own.

“Books are full of death and dying.

“I think all of that created the illusion that I am used to dealing with death.”

He glances over his right shoulder toward the gently fluttering maple leaves. Sparkles of sunlight dance through the shadows.

“Till now I could keep the concreteness of death at one remove. Reading and writing and watching have given me lots of scripts for such a scene….

“But this is no scene. This is in my flesh, in my mother’s flesh.”

He looks back into his mother’s dark, piercing eyes.

“I don’t know if I can deal with my being here,” she tells him.

“I know,” he replies. “I don’t know if I can either. None of us wanted this to happen.”

A blue jay calls their attention.

The geese shriek out their horrible, grating hello.

Crippled Wolf and Walhydra have been balancing this grief between them for two months now, pretending that they can stabilize it, when they know that in reality each next moment changes the outer and inner forces at work.

“How can you just sit there?” Walhydra demands.

“My human self cries out to change what is happening, to turn back the clock. I curl into a ball at night, crying for my mother, and then I howl when I remember that she cannot come to comfort me.

“Yet nothing changes what is happening. My animal self knows just to watch and wait.” 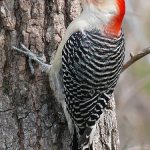 A knock-knock to Crippled Wolf’s left.

Then, after a long pause, she says, “Look,” pointing behind him to the sparkle in the maple leaves.

He knows that, somehow, he needs to invite Death into the conversations he is having with his mother. He needs to do this while she is still lucid enough to talk about it…or at least to think about it.

It’s not a matter of what they should say to each other on the subject. It’s just that Death needs to be available in the conversation.

“Yes,” Mom says, brightening a bit. “We used to talk on Sunday afternoons.”

She notices a spent yellow balloon, caught in the low branches over the pond.

“She was angry about it.”

They notice other things. All of this time, they have been holding hands.

They hold each other’s eyes for a long time.

She doesn’t nod, but something flickers in her eyes, as if she were nodding. 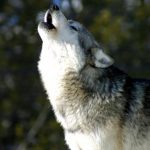