I’ve pondered for years the dilemmas of using social media.

There I find ready communication with long-time friends, who rarely use email any more. There I can easily share information, uplift, and humor with a broader readership. Yet there I am also drawn down into the anger, resentment, and despair that seems the default setting for our culture.

How does one discern a way to positive engagement with what is now our dominant public forum?

In  their early days, social media were perceived as a great boon to the democratic ideal. The huge global connectivity offered a chance for people everywhere to join in on constructive public discourse.1 The public sphere,2 it was hoped, would be extended to the entire world.

In their December 2019 article in The Atlantic, “The Dark Psychology of Social Networks,” Jonathan Haidt and Tobias Rose-Stockwell write that 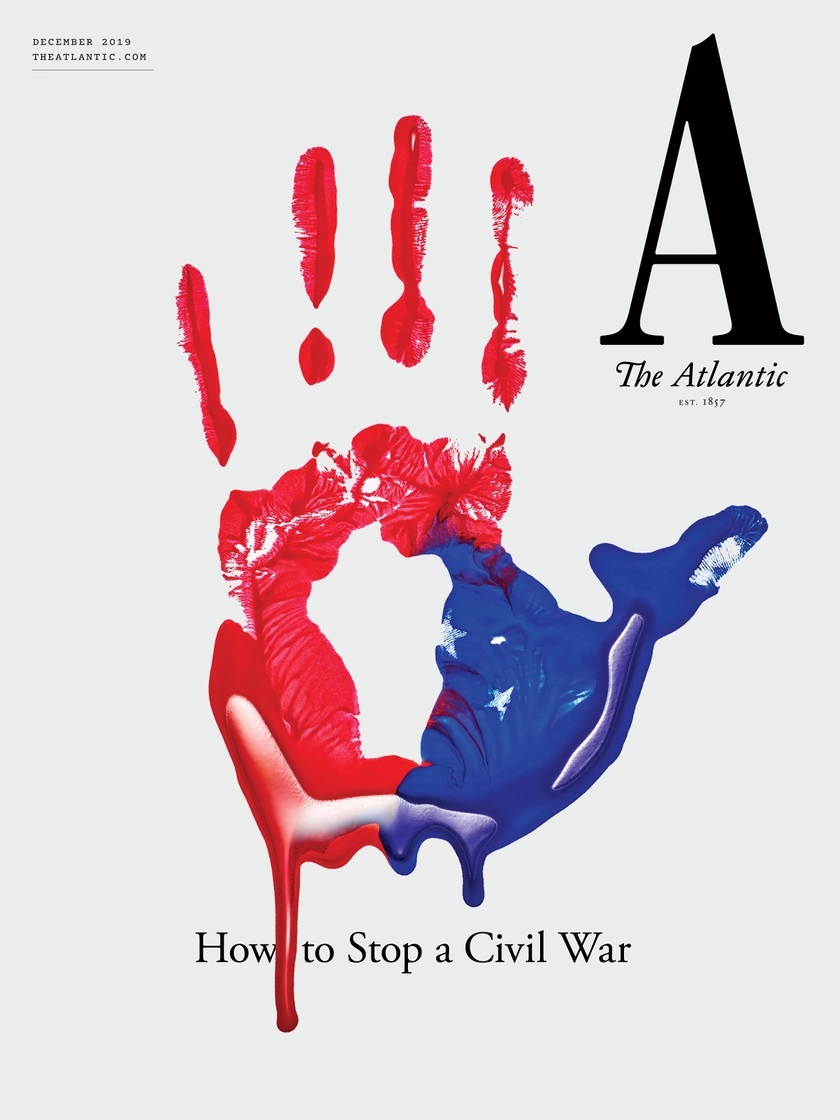 The problem may not be connectivity itself but rather the way social media turns so much communication into a public performance [emphasis added].

We often think of communication as a two-way street…. What happens…when grandstands are erected along both sides of that street and [everyone can be] passing judgment and offering commentary?

The popularity of outrage

When you get to tell someone off, you might feel pretty good for a while, but somehow the sense of righteous indignation and hatred grows, and it hurts you. It’s as if you pick up hot coals with your bare hands and throw them at your enemy. If the coals happen to hit him, he will be hurt. But in the meantime, you are guaranteed to be burned.
— from “Seek long-term relief,” The Pocket Pema Chödrön (95)

The social psychologist Mark Leary coined the term sociometer to describe the inner mental gauge that tells us, moment by moment, how we’re doing in the eyes of others.

We don’t really need self-esteem, Leary argued; rather, the evolutionary imperative is to get others to see us as desirable partners for various kinds of relationships.

Social media, with its displays of likes, friends, followers, and retweets, has pulled our sociometers out of our private thoughts and posted them for all to see.

Here’s where it gets dangerous. The authors write that “If you constantly express anger in your private conversations, your friends will likely find you tiresome, but when there’s an audience, the payoffs are different—outrage can boost your status.”

Researchers at NYU and Pew Research Center have found that each moral or emotional word on Twitter increases the virility of a tweet by 20%, and that indignant disagreement doubles the number of “likes” and “shares” on Facebook.

Philosophers Justin Tosi and Brandon Warmke use the phrase moral grandstanding to describe “what happens when people use moral talk to enhance their prestige in a public forum.”

Grandstanders tend to “trump up moral charges, pile on in cases of public shaming, announce that anyone who disagrees with them is obviously wrong, or exaggerate emotional displays.”

Nuance and truth are casualties in this competition to gain the approval of the audience. Grandstanders scrutinize every word spoken by their opponents—and sometimes even their friends—for the potential to evoke public outrage.

Does this sound all too painfully familiar?

The lure of “clicking”

As any number of social media critics have pointed out, Google, Facebook, et al., are advertising agencies.  Their revenue comes from selling advertisers access to their users, based on analysis of “big data” about the preferences of those users.

Therefore, the motive for so-called social media innovations is primarily the increasing of user engagement: “The more I click, the more data they get.”

Between 2002 and 2004, the new realm of social media was mostly tools that were just intended to help users connect with friends.  In 2006, though, Twitter introduced the timeline: a constant flow of updates that seduced users with “a new way of consuming information—an unending stream of content that, to many, felt like drinking from a fire hose.”  Facebook introduced its own version, the News Feed, in 2009 [emphasis added].

In 2009, Facebook also added the “Like” button.  As we saw above, this enticement to engagement works even better when users are hitting Love, Haha, Wow, Sad, or Angry, instead of just Like.

an algorithm that determined which posts a user would see, based on predicted “engagement”—the likelihood of an individual interacting with a given post, figuring in the user’s previous likes. This innovation tamed the fire hose, turning it into a curated stream [emphasis added].

The News Feed’s algorithmic ordering of content flattened the hierarchy of credibility. Any post by any producer could stick to the top of our feeds as long as it generated engagement. “Fake news” would later flourish in this environment, as a personal blog post was given the same look and feel as a story from The New York Times.

This change opened the door to all sorts of social media dangers.

Finally, there is the matter of passing on content via social media:

Twitter also made a key change in 2009, adding the “Retweet” button. Until then, users had to copy and paste older tweets into their status updates, a small obstacle that required a few seconds of thought and attention [emphasis added].

This immense restructuring of the process has caused irreversible changes in the world.  There is now vast, almost instantaneous transfer of both authenticated and spurious information, of both healing and hurtful and subversive content, 24/7, around the globe.

On the other hand, if we begin to surrender to ourselves—begin to drop the story line and experience what all this messy stuff behind the story line feels like—we begin to find bodhichitta, the tenderness that’s under all that harshness. By being kind to ourselves, we become kind to others. By being kind to others—if it’s done properly, with proper understanding—we benefit as well. — The Pocket Pema Chödrön (96)

This thought from Buddhist teacher Pema Chödrön opens my eyes when I consider sharing content through social media: “Drop the story line and experience what all this messy stuff behind the story line feels like.”

I’m beginning to frame a personal social media discipline informed by this teaching.

Noting my feeling reactions — I view a number of online sources each day: newspapers, e-magazine, blogs, Facebook, etc. When I experience a noteworthy reaction to something, I try to stop to consider what that item has hooked or triggered within me.

Personal queries: Is my reaction about my own likes, fears, resentments? Is it a response of empathy toward others? Is it an acknowledgment—happy or unhappy—of information I believe others need to know about?

Checking my motives —  I know that I crave acknowledgement from others, so the lure of the click is very strong. I want people to appreciate my endorsements and my sarcastic or angry or joking comments.

More so, when I  am angry about or gloat over something online, it’s not just that I want to share those feelings. I want people to affirm and reshare them.

Personal queries: Yet this means I am passing on outrage for the sake of self-gratification. Do I want to be doing that?

Considering what I feel versus what I value — If I simply endorse or share social media content based on my reactions, I leave it up to other readers to discern (or not) how my personal concerns with a given topic interact, not only with my feelings, but also with my testimonies to a larger truth.

Reflections: We now know that digital media fascinate the brain—literally. Screen input of any sort, so long as it looks or feels “busy,” can bypass the cerebral cortex and stimulate the the brain stem directly, as if by an IV of drugs. Have you ever watched a fussy infant’s eyes glaze over when a parent holds a smartphone up to its face?

Personal queries: How often each day, each hour, do I recheck email or Facebook or other social media to see if there’s anything “new”?  How might I lay down the obsessiveness of this habit?

Reflections: If I click any of these endorsement buttons, I am “buying” status in the public performance.  If I click buttons with a higher “moralistic” weighting—especially Angry—I am sharing in and boosting the outrage.

Personal queries: How might I temper my engagement, minimize my feeding of pubic sensation and outrage, and deny endorsement to shared hurtful posts?  How might I center into silence and consider, before I reflexively “vote” for hurtful content?

Reflections: Most obviously, algorithms put users into “silos” of like-minded online acquaintances who echo each other’s attitudes and preferences.  One no longer sees opposing views unless a “friend” shares something “outrageous” from another source.

People can feel screened from the “flame wars”3 of earlier days, but they are also screened from civil disagreement and debate with others who have well-grounded yet different views. 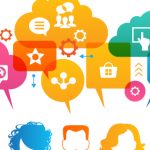 Unfortunately, it is extremely difficult to adjust one’s “preferences” through settings or actions, in order to open oneself to a broader selection of online users.

Social media companies want us in those silos—those marketing niches—because that eases the automated grouping of advertising targets based on shared interests.

Personal queries: Do I want to make my online presence more open, more vulnerable to people with differing experiences and opinions?  If I could find ways to change my settings and online behavior in this direction, how would I deal with the overwhelming power of moral grandstanding—my own as well as that of others?

Here is where the real challenge of ethical creativity comes into play. For about a year now, I’ve been experimenting with a practice guided by both my personal leadings and my librarian’s professionalism. My central principle is that I want to teach by sharing, not just to pass along outrage.  Here are some of the principle guidelines I’m playing with:

Everyone makes their own choices, and what I write here is not prescriptive. Instead, I’ve written this article to describe my personal seeking for a Friendlier method of using social media.

I am curious to learn how others respond to my concerns and suggestions. Please let me know.

2 comments On Fouling the public sphere: Can I avoid causing social media harm?