10Afterward, when he was alone, his followers and the Twelve asked him about his parables, 11and he said, “To you the secret of the realm of God has been imparted; but to those who are outside everything takes the form of parables so that 12‘though they have eyes, they may see without perceiving; and though they have ears, they may hear without understanding; some day they might turn and be forgiven.'” 1

In a Quaker study group I lead, two members voiced differing visceral responses to the parabolic storytelling of Jesus.

One newcomer was fascinated by the impenetrable mystery of these stories, and more so by the suggestion in Mark 12 that Jesus was deliberately confounding the people in his public speaking. One might infer that he was giving his disciples “secret teachings.”

The other person, a longtime Quaker but very much a skeptic, voiced vehement objection to all the parables. “They don’t make any sense. Why a father favor his no account slacker first born of the the younger son who stayed home and took care of him?” 3 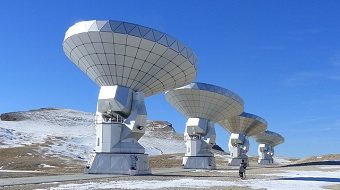 “Parable” is from the Latin para­bola and the Greek parabole, meaning “to throw beside, to compare.” Told in public, a parabolic story is something like a Zen koan. As Buddhist teacher John Tarrant explains,

A koan is a little healing story, a conversation, an image, a fragment of a song. It’s something to keep you company, whatever you are doing….

Koans don’t really explain things. Instead, they show you something by opening a gate. You walk through, and you take the ride.

In other words, a parable is something to jog your thinking—precisely because it doesn’t make sense according to conventional views.

Parables sneak up on you. My favorite is usually called “The Good Samaritan” (Luke 10:25-37), but most of us miss the point because we just read the story Jesus told the lawyer instead of the story about the lawyer.

As I’ve written elsewhere, 4 The lawyer, trying to catch Jesus up, asks, “who is my neighbor?” Jesus tells the parable and asks back, “Which of these three do you think was a neighbor to the man…?” The lawyer answers correctly and then walks off.

I always imagine him stopping at a distance and saying, “Wait a minute! He didn’t answer my question!”

That stopping at a distance is all that counts. That’s when we start unloading the baggage in the way of really seeing into ourselves.

That’s when, maybe, we recognize how the storyteller has laid a booby trap for us…one that we would be happy, if we only knew, to fall into.

That’s when we might discover that there is no secret. Just a truth that our normal way of looking at things conceals.

I have always been wary of either the “right doctrine” of religious orthodoxies or the “secret knowledge” of ancient or modern gnosticisms.

My bone-deep conviction, arising from my childhood apprehension of the witness of Jesus, is that every human being has an intimate, unmediated and salutary relationship with what many of us call God.

That relationship cannot be one which depends upon living by right doctrine or secret knowledge. It is implicitly familial, a birthright which no human agency can grant or deny. Wherever there seem to be rifts or torments in the relationship, those arise from the misperceptions of human beings, not from the reality of God’s interrelationship with us.

This conviction seems to me also to be at the very heart of Quaker faith and practice. When those seekers in seventeenth century England lay aside scripture, liturgy and sacrament to “wait upon the Lord,” it was because they had come to recognize how finite and fallible any forms of human concept and language are when it comes to representing the living Truth of that divine interrelationship.

In effect they were saying: “If God is real, then only God’s own direct mediation with us is real. Anything else is transient, mortal.”

And so it is.
Blessèd Be,

2 comments On There is no secret