On May 27, 2007, I began publishing The Empty Path through the free blogging service of WordPress.com. I have now migrated that blog to a domain I own, EmptyPath.net. 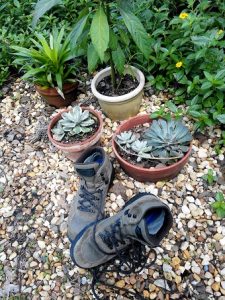 The blog’s first post was called “Where to Start” and concluded with the following words:

The day-to-day reality of faith and practice, what sustains me in every private grief or joy, in every public conflict or celebration, is not grounded in belief or knowledge.  It is grounded in the immediate experience of relationship with the Divine Presence, “Nearer than breath, Closer than hands or feet.” 1

About the tagline: Nonaligned faith and practice in the present

I stumbled onto the term “nonaligned” in the context of the Cold War struggle of nations which did not want to align with either the Soviet Union or the United States. 2  They wanted to be themselves, rather than to be defined by the dueling hegemonies which sought power over them.

In the realm of faith and practice, to be nonaligned means to follow the authentic, organic path of moment by moment discovery, rather than subscribing to or, worse, submitting to externally imposed doctrines of belief and behavior.

In this sense, to remain nonaligned is itself an act of faith.

3 comments On Rebooting The Empty Path