In “Seeing beyond the Projections” (9/7/2015), I voiced my concern that modern Friends across the spectrum tend to perceive liberal or universalist Quakerism as representing anything but Christianity. As Wendy Geiger has put it so gracefully in her comment, I wanted to suggest an alternative view, a way “to keep one’s heart-mind supple and expandable and inclusive.”1

To give the discussion historical context, I cited James G. Crossley’s 2015 Jesus and the Chaos of History: Redirecting the Life of the Historical Jesus. Crossley’s scriptural studies and his analysis of social disruption in 1st century Galilee show how the earliest Palestinian tradition of the Jesus movement was led to embrace the power metaphors of “kingdom language.” The tragic irony is that within a few generations such metaphors were being used to rationalize a doctrinaire and authoritarian hierarchy in the early Christian church. 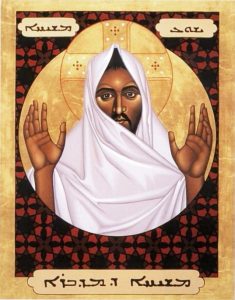 My personal discomfort with institutional Christianity arose during my young adulthood as the response of a self-affirming gay man to that tradition’s condemnation, but also as the response of a first-year seminary student to doctrinaire exclusion of non-Christians and to two millennia of global violence, both done, allegedly, in Jesus’ name.

As I explained in a follow-up comment on “Projections”:

I usually avoid calling myself a Christian out of respect for those who experience Christianity as a creedal religion with an orthodox theological belief system.

Nonetheless, Jesus has been my spiritual master since my earliest childhood. He is the human face of God for me, a “perfect type” of what God tells us we can ourselves become as human beings.

I became a convinced Quaker in my adult years because I understood that the first Friends had centered Quaker faith and practice in the witness of Jesus, indwelling as a teacher in our hearts. This primitive focus on the reality of Jesus, rather than on the theology about Jesus, speaks to my condition.

In other words, I became able to lay down the personal hurts I was projecting onto Christianity, able to discern the faith and practice of the historical Jesus, which transcends the abuses done by the human institution of the church. Now I can reembrace “Christian” as my native religion, the faith language my soul was taught from infancy.

In joy or despair, I can again listen to Jesus, I can seek rescue from Mother-Father God, without stumbling over the conceptual constraints of human doctrine or theological debate—and without distancing myself from those who speak other faith languages. 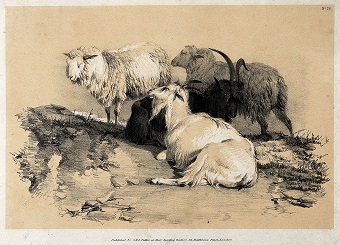 That “however” involves complex, interwoven challenges.

One commenter on “Projections” objected that Crossley’s thoughtful textual and socio-political reconstruction of the 1st century Palestinian Jesus movement is merely “a contemporary projection that universalists find congenial.” He alleged that “those who disagree with this interpretation are psychologically analyzed as being in some way deficient.” In modern Quaker communities, he wrote, “Christians often fell marginalized (at best).”

This objection represents well the hurt reaction of some creedal Christian Friends to their exclusion by hurting anti-Christian Universalist Friends. That my soul can embrace a non-creedal, universalist “Christ within” does not mean that I can readily share unity in worship with hurting Christians and hurting Universalists who misperceive and therefore mistrust each other as opponents. How do we all become “supple and expandable and inclusive” enough to receive such unity?

Religion is always bound up with identity. More specifically, it is bound up with collective identity: that is, with belonging.2 This in itself would not be a problem, save that the suffering which human beings perpetuate against themselves and each other is frequently the result of believing that “identity” is something real, rather than (at best) a mere poetic shorthand for a complex of shared characteristics which are forever alive and in flux.

During my “radical years,” I used to reply jokingly, if asked my religion, that I was a “Lutheran-Buddhist-Faggot-Witch.” In other words, there was—and is—no name for the religion I share with others, because that religion is not a thing. What is the reality encompassing all named religions which binds together all beings? That is my “religion.”

When we cling to “identity”—worse, when we imagine that identity entails boundaries between “who is” and “who is not”—worse still, when we trick ourselves into ideological stances over “identity politics”—then we deny each other the unity of being which comes from knowing that we sit together around the one and only reality. We separate ourselves from each other by imagined boundaries, instead of worshiping a common center with boundariless horizons.

In the evangelist Matthew’s parable of “The sheep and the goats” (Matt 25:31-46), there is a rarely noticed paradox. The King does not divide those whom he calls “sheep” from those he calls “goats” according to their identities or their belief systems. He does so according to how they have treated each other. That challenge contains its own paradoxes, yet I am referring here to a more elusive paradox.

If I reject the goats, if I do not welcome and bless them as if each were the King, then I, too, am a goat.

My old radical joke was: “We all get to heaven or nobody does.”

1 I invite readers to visit some of the earlier posts which have explored aspects of the concerns expressed here:

2 Possible etymology of the word “religion”: re-ligare, re- (again) + ligare (to bind, connect) or “to reconnect.”

Out of the deserts of the Middle East comes an ancient Christian tradition. Although it has been overshadowed by the Greek and Latin traditions, it is their equal in dignity and theological importance. It is a Semetic tradition, belonging to those churches that use Syriac as their liturgical language. Syriac is a dialect of Aramaic, the language spoken by Christ himself.

This icon celebrates the richness of Syriac Christianity. The inscriptions in the upper corners read “Jesus Christ,” and at the bottom, “Christ of the Desert.” The Syriac language has ties to the earth that are deep and rich. It is more inclusive than most European languages. The theological experience of Syriac Christians is different because they have encountered the Gospel in such a language. Theirs is an unhellenized expression — one that is neither Europeanized nor Westernized.

Semitic as it is, the Syriac tradition knows no dichotomy between the mind and heart. The heart is the center of the human person — center of intellect as well as feelings. The body and all of creation longs to be reunited with God.

A constant theme in Syriac literature is homesickness for Paradise, a desire to restore Paradise on earth. Christians pray facing east because Paradise was in the east. This longing was expressed in monastic terms in ancient times, but its implications today reach far beyond monastery walls. With earthy roots, this longing for Paradise involves concrete responses in the realms of politics, ecology, and economics.

“Two sheep and two goats resting together in a field.” Lithograph with gouache by A. Ducote. [CC BY 4.0], via Wikimedia Commons.

Seeing beyond the Projections

1 comments On Seeing beyond Identities