Six years ago on the Saturday of Holy Week, I wrote about what I call The Empty Day.

For many Christians, Maundy Thursday, Good Friday and Easter are the key days of that week.  For me, as one who is constantly on the boundary between faith and doubt, it is that in-between Saturday which confronts me most vibrantly with the gut reality of Jesus in my life. 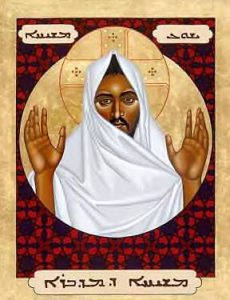 Yesterday, April 4th, I was already by choice shut down mentally and emotionally, merely as a way to recover from the intense week of library staff training I had just completed. However, that shutdown-ness resonated with the spiritual aloneness of the day.

Following the recent deaths of my mother and father, I can much more readily settle back into visceral emptiness of loss, that paradoxical awareness that, though biological death is empirically understandable, the vanishing of a person one knows is inexplicable.

Yesterday I felt that emptiness in relation to Jesus. Though never having met him physically, since my childhood Jesus has been as real to me as any other family member. To remind myself—to regain that visceral awareness of him in my inner life—I let myself feel the loss I felt following the deaths of my parents.

There was nothing particularly spiritual or metaphysical about the exercise. It was simply a form of attentiveness, of silent listening.

When eventually I remembered the sort of “resurrection” I perceive when my mother or father surface in memory, I also recognized that same potential for Jesus in my inner life.

And so it is,
Blessèd be.

Out of the deserts of the Middle East comes an ancient Christian tradition. Although it has been overshadowed by the Greek and Latin traditions, it is their equal in dignity and theological importance. It is a Semitic tradition, belonging to those churches that use Syriac as their liturgical language. Syriac is a dialect of Aramaic, the language spoken by Christ himself.

This icon celebrates the richness of Syriac Christianity. The inscriptions in the upper corners read “Jesus Christ,” and at the bottom, “Christ of the Desert.” The Syriac language has ties to the earth that are deep and rich. It is more inclusive than most European languages. The theological experience of Syriac Christians is different because they have encountered the Gospel in such a language. Theirs is an unhellenized expression — one that is neither Europeanized nor Westernized.

Semitic as it is, the Syriac tradition knows no dichotomy between the mind and heart. The heart is the center of the human person — center of intellect as well as feelings. The body and all of creation longs to be reunited with God.

A constant theme in Syriac literature is homesickness for Paradise, a desire to restore Paradise on earth. Christians pray facing east because Paradise was in the east. This longing was expressed in monastic terms in ancient times, but its implications today reach far beyond monastery walls. With earthy roots, this longing for Paradise involves concrete responses in the realms of politics, ecology, and economics.

2 comments On The Empty Day, again